Warning: "continue" targeting switch is equivalent to "break". Did you mean to use "continue 2"? in /homepages/27/d508234997/htdocs/clickandbuilds/WordPress/wp-content/plugins/wp-crm/lib/class_default_api.php on line 690
 Aprende hablandoMandela and bilingualism 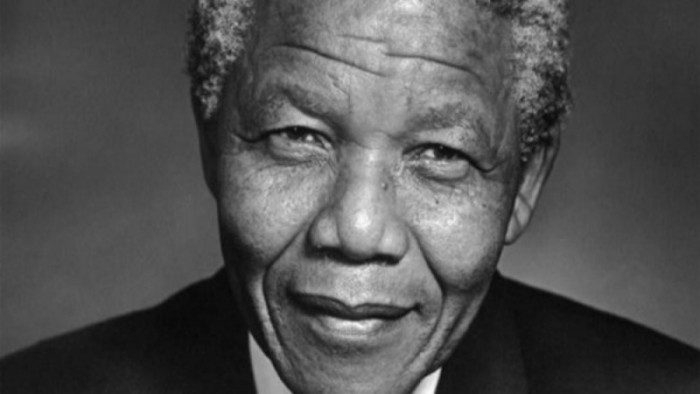 «If you talk to a man in a language he understands, that goes to his head.

If you talk to him in his language, that goes to his heart.»

Hello again! I read a quote recently by Nelson Mandela which really stands out to me as a great reason and motivator as to why I wanted to really focus on becoming bilingual and the drive behind why I continue to work on improving the language. Believe me, we will always be students of the language. We will always be learning and growing in how to communicate and express ourselves in a language that isn’t our mother tongue.

I have been fortunate to grow up with English as my first language and as English is the “lingua franca” of the world today, you can travel almost anywhere internationally and be able to use English to communicate. This is a benefit. However, there is also a downside. By being able to use English almost anywhere, we don’t see the need or desire to invest our time into trying to learn another language and culture, yet “expect” to speak English and to be spoken to in English wherever we go. Obviously, going on vacation is a different case than spending considerable time living, working or traveling abroad, but I think we really limit ourselves when we approach the world, its incredibly diverse cultures and peoples, and the enrichment of traveling and learning by almost “demanding” they conform to us so that we are as comfortable as we want or expect when we are abroad. By “comfortable”, I refer to things such as communicating in our language, upholding standards of cleanliness and customs we are accustomed to and desire to maintain although we are no longer in our culture or country…even sometimes wanting to keep to our food tastes abroad! (Think about McDonalds and Starbucks that can be easily found almost anywhere around the world).

From the moment I started to pick up Spanish, I was incredibly excited and frustrated at the same time. I knew I was coming to Spain, so it was helpful to have the mindset from the beginning that since I was living and working here I should become fluent in the language. So, as I began to put together sentences and communicate basically, as well as begin to understand other people, I really began to enjoy learning and I became that much more motivated to continue pushing forward to fluency. On the other hand, frustration became a normal thing (and still is sometimes, even at the level of fluency that I’m at). I struggled with patience, and in being an extrovert that was so limited by so little vocabulary I knew, with the added stress of knowing I was making mistakes every time I opened my mouth—let’s just say it has been a humbling experience. It’s not easy feeling like a child when you can’t communicate or express yourself well, especially knowing you can do it without second thought in your first language! You have to think and process through EVERYTHING in your mind before, during and after you speak…and in every context and situation. No wonder I would take 2 hour naps every day for months. Your mind is doing a mental marathon daily!

But with persistence, determination and a whole lot of patience, you will get there! It might not seem like it at first, or even for awhile (believe me, I know…and I felt it!), but it is a fun journey! The more you learn and grow, the more your desire to learn and improve will grow. After all, between the various resources (movies, books, tv shows, etc) in Spanish that you will desperately want to understand and the increased desire to travel to use the language and meet Spanish-speakers and get to know them by being able to communicate, it will become a never-ending fun adventure.

To return to the quote by Nelson Mandela, if you choose to only talk to someone of another language and culture with a language they understand (i.e. my English that I often choose to use when I travel because it’s “easier and more convenient to me”) you may be understood, yet it limits you and others when it comes to really connecting and sharing life and experiences. However, if you make the intention to try be a student of the culture, language and people—and thereby try to communicate in that other person’s heart language, it will go to their heart. And I have seen over and over in my experience that this is a very beautiful and enriching thing; for myself, and for those I have been blessed to come to know.